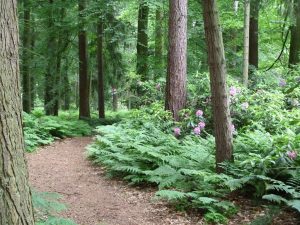 The “New” Wood part of the Weasenham Woods is where our ExTREEme Adventure high ropes course and activity centre is located.

The “New” wood has been actively managed by the Coke family for over 150 years. Two hundred and fifty years ago there were scattered clumps of Oak and Scots Pine. Over 150 years the area gradually became a wood by intensive planting by the family using a wide variety of coniferous and deciduous trees including a number of species rare to this country. In the 1880’s some of the Western American conifers were introduced. The wood is never clear felled, allowing many unusual flowering shrubs and trees to thrive under the shelter of the high forest, and younger trees to push upwards to the light.

The “New” Wood is at a more advanced stage than the surrounding woods on the estate because a tremendous amount of timber was taken from them during the Second World War, as part of the war effort. During that time the wood staff consisted of eight locals and about ten prisoners of war. However, the current owner’s grandfather, who was here at the time, managed to prevent too much being taken from the New Wood which now contains some of the tallest trees in the country. (see Monumentaltrees.com)

The hybrid rhododendrons and azaleas are at their best towards the end of May and beginning of June. If visitors decide to come in early June, they will see a very fine example of the Chinese Handkerchief or Dove Tree (Davidia involucrata). The entire crown of the tree is covered in flowers, which look like little silk handkerchiefs.

Being ancient heath land the wood contains several barrows or tumulus, which are thought to be burial grounds from the Bronze Age.

The Oldest Example of Continuous Cover Forestry in the UK 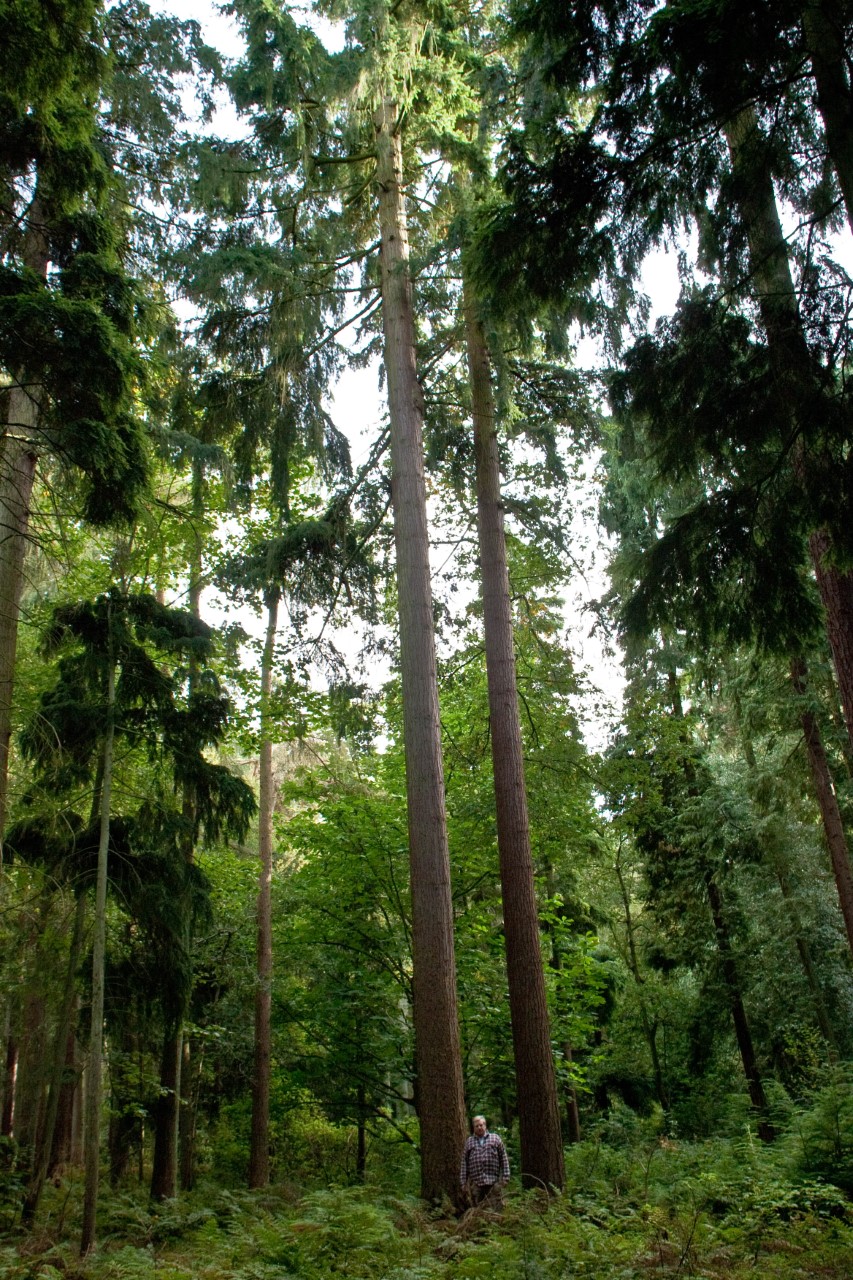 It is hoped that many of the trees in the New Wood part of Weasenham Woods will go on for another 100 – 150 years. When you see them, imagine what they will look like in that time span?

They will not all make it. Some will succumb to fungus or gales or be taken out to make room for the surrounding trees. The gaps thus created provide room for natural regeneration to occur and where it does not, individual trees can be planted. As time progressed the forest became more uneven aged, providing the perfect habitat for many species of small birds including Goldcrests, Coaltits, Long-Tailed Tits and many of the Warblers.

The New Woods have never been clear felled and present a balance of naturally sown and strategically planted trees. The system practiced here is known as Continuous Cover Forestry and Weasenham Woods are the oldest example of this system of forestry in the UK.

When woodland is managed in this way one is imitating what happens in the natural forests of the world, be they in a tropical or temperate climate. Basically, nature is on your side and you are not fighting it, as with an even aged monoculture plantation system, so widely seen in this country. 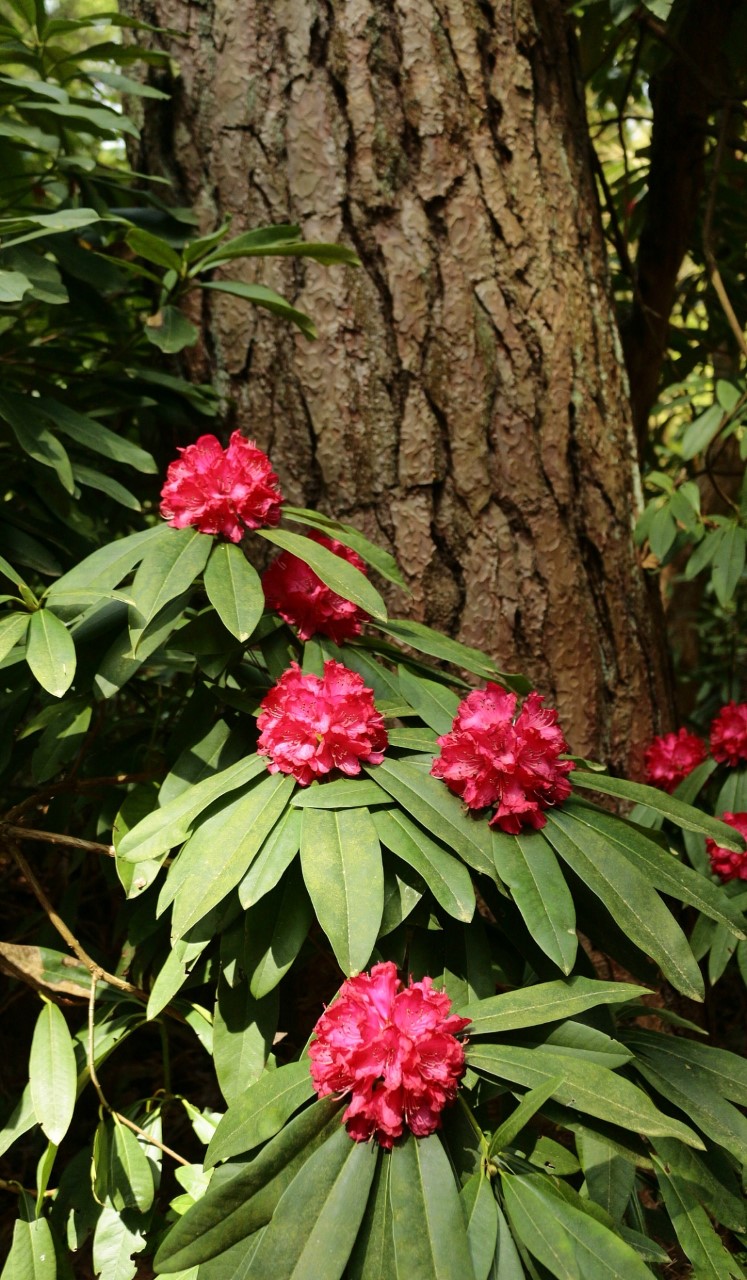 What do we do with all this Wood from the New Wood?

ExTREEme adventure high ropes course and army-style assault course are set in the magnificent “New Wood” part of Weasenham Woods. We’ve previously covered some of the history behind the New Wood and explained some of the woodland management at ExTREEme Adventure, but what do we do with all this wood?

The wood is a mixture of conifers and hardwoods. You will notice the big old rough, poor quality trees, but it is the younger trees, that have grown up under the shelter of the old rough trees and, at the same time being forced upwards towards the light, that produce the quality timber. These are usually around 70 to 110 years old and are used for construction and specialist furniture production.

The management objective is, and always has been, to produce big, top quality timber, combined with a high amenity value, thus replacing the vast amount of imported timber with home grown products. This strategy will improve our balance of payments and reduce our carbon footprint.

Threats to the Woodland

They might look cute, but the main threat to this woodland and every other woodland in the country is the alien grey squirrel. It is the owner’s view that this creature has to be totally eradicated from the UK, followed by the reintroduction of our charming native red squirrel. Large sums of money are spent removing grey squirrels from these woods every year, but this is not sustainable in the long run. If the grey squirrel is not removed from this country these woods, as with all other woods in this country, will slowly be destroyed, as these creatures strip bark. It appears to be less well known that one of the causes of the decline in our small songbird population is also the grey squirrel which eats eggs and fledglings. The grey squirrel has also almost wiped out our native red squirrel by being a carrier of the squirrel pox virus, to which it is immune.

Posts from the ExTREEme Blog

This site uses cookies to enhance your experience. By continuing to use this site you consent to our use of cookies. Read more | I Agree